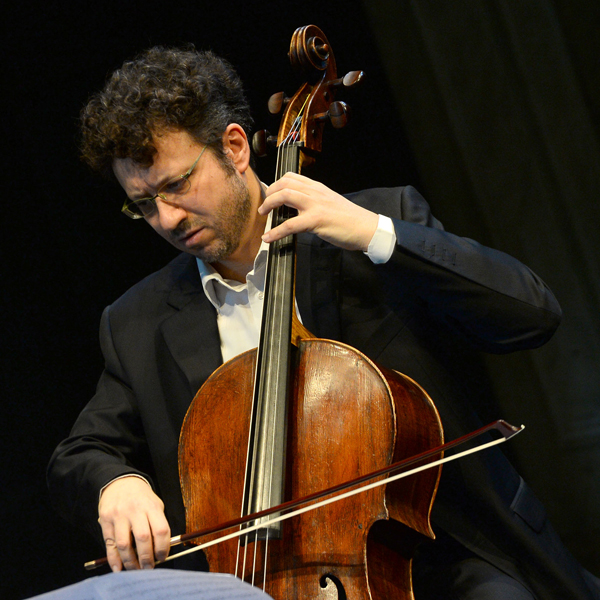 Violoncello
Since year 2000 he is the solo principal cellist in Teatro alla Scala of Milan
He started to play cello when he was five, under his father’s guide. After the graduation at Conservatorio di Milano, he studied in Basel with T. Demenga, in Brescia with M . Brunello and in Cremona with R. Filippini. In 2007 he played Vivaldi double cello concerto with Bobby Mc Ferrin. He also played as principal as solo principal cellist with London Symphony Orchestra in 2008, and with World Orchestra for Peace, conductor V. Gergiev, in 2006 and 2007.
He has recently composed several short pieces for solo cello and cello and piano. He plays a wonderful 1692 Francesco Ruggieri cello called “il Per”, made in Cremona, kindly borrowed from an italian foundation, and a Carlo Antonio Testore, Milano 1730, when he plays old italian repertoire.
As soloist, he played with italian and japanese orchestras performing several of the the most important classic solo cello concertos, as Dvorak, Don Quixote, Saint Saens, Haydn. He is a performer of italian cello repertoire, both chamber music of 18th century sonatas (Vivaldi, Valentini,Marcello and so on) and as soloist of italian solo cello repertoire with string orchestra (Rossini, Bragato).
+ Website