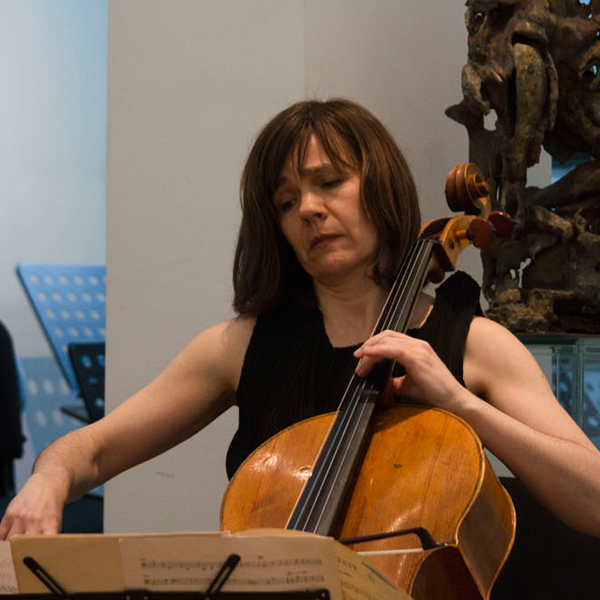 Martina Schucan was accepted into masterclass of André Navarra in Detmold in Germany at the age of 14. After completing her performer’s diploma, she continued her studies with Heinrich Schiff, Daniel Shafran and Janos Starker. Her first prize at the “Gaspar Cassadò” Competition in Florence, together with other prizes and awards, opened her way onto the international concert scene.

Martina Schucan has performed as a soloist with well-known orchestras such as the Bamberger Symphony Orchestra, the Tokyo Metropolitan Orchestra, the Orchestre de la Suisse Romande and the Zurich Tonhalle Orchestra and numbers Yuri Bashmet, Shlomo Mintz, Veronika Hagen, Heinz Holliger and the Carmina Quartet amongst her partners. She plays at the international festivals of Lucerne, Schleswig-Holstein, “Wien modern”, Witten, Montpellier, Bratislava and Beijing and participates at the chamber music festivals of Prussia Cove and Kuhmo.

Performing contemporary music is central to her artistic endeavours. Her interpretations of the concerto by Henri Dutilleux , the „Assonance V“ by Michael Jarrell and the solo sonata by Bernd Alois Zimmermann have become landmarks celebrated both by music specialists and the broad public. At the Salzburg Biennale 2015 she will create a new cello concerto written for her by Isabel Mundry.

Martina Schucan is a professor at the Zurich University of the Arts.